Crypto…What? What Is Bitcoin and Should You Be Investing In It?

By now, you’ve likely heard of bitcoin, the digital currency which dominated the headlines throughout 2017 because of its dramatic value growth. So, with all this hype, you might be wondering if bitcoin is something you should be investing in. There are pros, cons, and risks to using bitcoin, and once you’ve learn a bit more, you can decide if bitcoin is for you.

What is bitcoin?
Bitcoin is a cryptocurrency which uses cryptography to control asset creation, secure transactions, and verify transfers. Instead of relying on a bank or centralized electronic money, cryptocurrency relies on a public transaction database called a blockchain. One major appeal of cryptocurrency, such as bitcoin, is that it’s decentralized from banks and other financial institutions so it’s, in theory, immune to events such as the financial crisis of 2008.

Why would I want to use bitcoin?
People use bitcoin because they feel it’s more secure than conventional ways of using money (paper money, credit cards, and checks), it’s accepted worldwide so there’s no need for the conversion process, there’s no way to duplicate or fake bitcoin (unlike cash and credit cards), and it has no intermediaries, such as banks, to interfere with or add fees to transactions and transfers.

What can I do with bitcoin?
The two main ways of using bitcoin are for investing (buying bitcoin and holding onto it with hopes of selling it at a higher price later) and using it to buy and sell things. You can buy a surprising number of goods with bitcoin, but what’s more surprising is the number of large retailers and organizations that accept the digital currency, such as Subway, Expedia, Overstock, and Microsoft.

How can I buy bitcoin?
If you’re interested in trying out bitcoin, you’ll need to choose a bitcoin wallet (where your bitcoin will be stored until you’re ready to use it) and exchange (an online platform which serves as an intermediary between buyers and sellers where bitcoin can be purchased and sold). Coinbase can be both your wallet and exchange, and seems to be easy to use, especially for bitcoin novices.

Is bitcoin secure?
This brings me to my next point. Since digital wallets use cryptography to secure the digital currency, people often think they’re too secure to be compromised but, just like banks and credit unions, they’re not immune to being hacked into or stolen from. For instance, in December 2017, $70 million in bitcoin was hacked from the bitcoin mining marketplace NiceHash. Hacks like this aren’t going away and if your bitcoin is stolen, it may be difficult or impossible to get back.

Do the benefits of bitcoin outweigh the risks?
This is a decision each person needs to make for themselves, but here are three important things I would keep in mind if considering using bitcoin:

Personally, I’m not ready to jump on the cryptocurrency bandwagon; the risks and unknowns are still too scary for me. You might feel the opposite and are excited by the risks and possible big payoff from investing in it, and if that’s the case, go bitcoin crazy! However, if you’re like me, you might like utilizing a credit union better.

Keeping money at a credit union may not sound as fun or cool as investing in bitcoin, but fees at credit unions are super low and they offer some of the best interest rates on loans. In addition, you’ll have peace of mind knowing that your funds at a credit union are insured up to $250,000 by the NCUA, a branch of the federal government. Credit unions, like IHMVCU, carry this insurance to protect their members, and that’s a whole lot of peace of mind for me that I just can’t get with bitcoin. 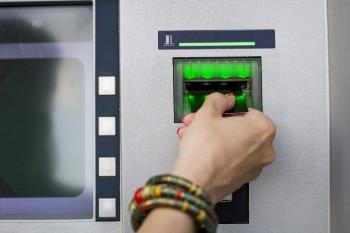 How to detect a skimmer scam 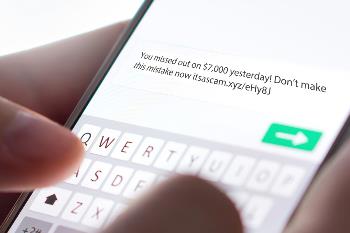 Scams to Avoid During the Coronavirus Pandemic

Chip-enhanced cards: what you need to know